The Thugs were hereditary highway robbers and stranglers who were violently suppressed by 1840. Yet the British kept discovering new threats to their authority. In 1871 almost two hundred tribal communities were criminalized, subject to surveillance, registration and confinement Thug today signifies a proud new identity assumed by African Americans critical of white supremacy, and of radical Indian performers reclaiming their images from the stereotype of inherited criminality.

The Thug renaissance continues in India and the US. In colonial India, supposed highway robbers were suppressed in a law and order campaign in the 1830s. British rulers were efficient: 3,443 convicted; 466 hanged; 1,504 transported for life; 933 sentenced to life imprisonment; 208 died in jail before trial. Despite and because of this success, thugs soon began appearing everywhere. Racist assumptions of heredity dictated policies of guilt and conviction without evidence towards all wanderers, now re-branded as dacoits, thief gangs or criminal tribes. Natural born killers were imagined to roam the highways of empire with a thirst for English blood. Hollywood revived the image in Gunga Din (1939), Indiana Jones and the Temple of Doom (1984), and The Deceivers (1988).

African American gangs embrace the image. This renegade Robin Hood of the mean streets enacts what Michael Eric Dyson calls “ghetto sainthood” in performances of virtuoso martyrdom. Lacking the cynical helplessness of the American thug, the radical film and drama work of Budhan Theater is reconstructing the Indian thug in a nation-wide civil rights struggle for the Denotified and Nomadic Tribes (DNTs), among the most oppressed populations within that country. Kin to Saint Genet and Raskolnikov, titles like “Fight for Survival,” “Acting Like a Thief,” and “Please Don’t Beat Me, Sir” indicate the urgency of challenging types.

Angela Davis has shown how incarceration of African Americans is not intended to reform or rehabilitate but to destroy black subjectivity. Unlike the moral citizen re-education of Bentham’s Panopticon, freed slaves in the south were meant to be “excluded from citizenship by virtue of their race.” Post- Civil War Black Codes proscribing vagrancy committed freed slaves to involuntary labor. This was an almost direct translation of the English colonial thug laws forbidding migrancy, nomadism, or loitering.

Tupac Shakur makes more money dead than alive. Tupac’s thugs are violent and impoverished blacks who have risen to a higher moral standard than the society that brands them. Transcending race, thugs embrace the stereotype as a now positive identity actively assumed.  A thug can actively remake the imposed image of the stereotype. _T_he _H_ate _U_ _G_ave comes initially from the whites. Dyson calls Tupac a holy ghost; his redemption echoes that of Jesus Christ and his symbolic death into life as the martyr and savior for his people. The gangster God of thug theology is an apocalyptic destroyer not unlike the baleful Kali: “God is a killer, too” says Tupac’s mentor Little Skye. “He wipes them out in masses.” (Dyson 211)

This vengeful deity transmutes the hopelessness of inner city black existence into redemptive rage against the hypocrisy of the white supremacist order. The intensity of suffering proves a vindication of God’s terrible will as manifested in the thug’s readiness to die.

Budhan Theater opposes the crime machine left behind by the thuggee campaign. British rule handed over Indian freedom to a state most willing to accept its definitions of normalcy and deviance. Since 1947 the stigma of criminality has blinded independence. Today Budhan Theater advocates for the marginal and dispossessed in radical acts of creativity that dramatize the imposed identity of thug. Like Tupac, Budhan is creating a revolution of values surrounding the criminal identity, inventing an art form from within the life. 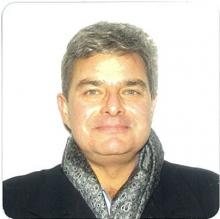 Henry Schwarz is Professor of English at Georgetown University, where he was Director of the Program on Justice and Peace from 1999- 2007. His books include Writing Cultural History in Colonial and Postcolonial India (1997), and Constructing the Criminal Tribe in Colonial India: Acting Like a Thief (2010), and co-edited volumes Reading the Shape of the World: Toward an International Cultural Studies (1996) and A Companion to Postcolonial Studies (2000). He is co-General Editor of the forthcoming Wiley-Blackwell Encyclopedia of Postcolonial Studies. His areas of specialization include literary theory, cultural studies, South Asia regional studies and comparative literature. Current research and writing bring him increasingly closer to human rights, indigenous people, and creative practices of social change.