Surely I was not the only one surprised by Gayatri Spivak’s having become, over the last decade, a kind of defender of a kind of Area Studies.

Surely I was not the only one surprised by Gayatri Spivak’s having become, over the last decade, a kind of defender of a kind of Area Studies. As one of the definitive critics of colonialisms past and present, a tireless advocate for the value of close reading, and an outspoken opponent of “world literature” (Damrosch and Spivak), Spivak seemed an unlikely proponent of this largely social scientific group of disciplines whose ideological underpinnings have so often been vilified by literary scholars and many historians (Anderson). Yet not only did her 2005 Death of a Discipline suggest that Comparative Literature might save itself from the fate of becoming a monolingual discipline of World Literature by borrowing certain key features of Area Studies, Other Asias (2007) called for a kind of strategic essentialism on a continental scale, making a “claim to the word ‘Asia,’ however historically unjustified” (213). Neither (of course) an appeal to a necessary, original identity (racial, religious, cultural, or other), nor (of course) a straightforward embrace of the legacies of Euro-American geographies, Other Asias attempted to provoke a “critical regionalism” that might superficially resemble Area Studies or the pan-movements of a century ago, but without their underlying essentialism.

While the term “critical regionalism” does not yet seem to have been widely adopted as a name for this kind of critical agenda, I would argue that it is in fact indicative of a general trend in literary scholarship over the past decade: the pursuit new (or renewed) geographies that go beyond the nation but resist the centrifugal pull, the temptation, of “the world.” One of the virtues of these areas, as I will call them, is that they make it easier to avoid some of the false dichotomies that have come to structure debates about “world literature.” The justifications for these areas have been, among other things, oceanic (the Transatlantic; the Black Atlantic; various framings of the Pacific; most recently the Indian Ocean), continental (the Americas; Europe; Asia), imperial (Ottoman; Mongol; post-Soviet; Qing); linguistic (the Sinophone; the Sanskrit cosmopolis), and commercial (the silk road; the Mediterranean). These areas are, then heterogeneous and, unlike the areas of Area Studies, by no means mutually exclusive. We might think, for example, of all the different ways in which Latin American literary studies has engaged in alternative geographies: the “literatures of the Americas”; Hispanophone and/or Lusophone versions of “the Atlantic” in which Spain and Portugal gain renewed importance; a more regular and more vigorous inclusion of Brazil in the study of “Latin America” as a region. “Asia,” perhaps most obviously, has been transformed from a vaguely Orientalist conceptual relic to a stage on which to act out diverse arguments about alternative modernities: Spivak’s critical regionalism; revisionist global economic histories of the time before European hegemony (Pommeranz); scholarly gambits (the founding of the journal Verge: Studies in Global Asias; various “Asian Humanities” initiatives); and diasporic identity politics, from below and above (Asian-American; Singapore). This has also included a renewed interest in major figures of historical pan-Asianism who had for some time been considered reactionary, such as Okakura Kakuzo and Takeuchi Yoshimi (Calichman; Chen). While many of these areas have long histories in other disciplines or even in literary studies, it is only in the recent past that we have witnessed both their quantitative increase in literary studies and a qualitative transformation of their meaning in relation to the idea of world literature.

To this claim of fact that areas have been a trend in recent literary studies, I wish to add the value claim that this has been a good thing and that there ought to be more of it. At a time when the limitations of monolingual, nation-based departments and disciplines seemed hopelessly out of touch with contemporary realities, “world literature” emerged as the ultimate challenge to parochialism (even the enhanced parochialism of Euro-centric Comparative Literature). While this age of “world literature” is hardly over, many of the methodological debates about world-scale projects have reached impasses to which supernational but subglobal areas provide a partial solution. Areas represent not just a quantitative compromise, but also a variety of specific, qualitative responses to the challenge of thinking literary studies beyond the nation. They break open the limits of the national while retaining enough specificity to allow for in-depth research, knowledge of the relevant languages, and so on. (I opt for “area” rather than “region,” for example, but the former acknowledged the tautological relationship between places in the world and fields of academic expertise). If areas are less sublime than the world, they should prove sufficiently challenging to most of us.

Just because areas have been and could continue to be good things for literary studies does not mean they are free of methodological headaches: they challenge national and linguistic borders is very productive ways, but they also violently yoke together disparate worlds and exclude others with equal violence. The same is true, however, of every nation, language, and world. Neither the nation, nor the area, nor the world are inherently good or evil, progressive or reactionary. Each does different kinds of work in different contexts, as the dramatically shifting meanings of “nationalism” have famously made clear. A newly self-conscious embrace of the area (a “critical regionalism”?) would represent not so much a critique of “world literature” as a way of more effectively putting it into practice, following the ambition of the latter’s spirit even it more modest in name. The area might, just temporarily, relieve us of the burden of the world in world literature. (Now if we could just do something about comparative . . .)

Infante, Ignacio. After Translation: The Transfer and Circulation of Modern Poetics Across the Atlantic. New York: Fordham University Press, 2013.

Mejías-Lopez, Alejandro. The Inverted Conquest: The Myth of Modernity and the Transatlantic Onset of Modernism. Nashville: Vanderbilt University Press, 2009.

Pollock, Sheldon. The Language of the Gods in the World of Men: Sanskrit, Culture, and Power in Premodern India. Berkeley: University of California Press, 2009. 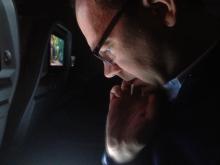