“Afropolitan” is not a politics, but it dresses in the commodified residue of political struggle, Fela Kuti’s style stripped of its revolutionary substance. In a displacement characteristic of our neoliberal age, the flows and circulation of capital become the pathway to individual self-realization. The Afropolitan declines to be Afro-pessimistic, then, because she has the privilege of declaring victory from the dance floor in London, the art exhibition in Rome, or the runway in New York.

“Afropolitan” is not a politics, but it dresses in the commodified residue of political struggle, Fela Kuti’s style stripped of its revolutionary substance. In a displacement characteristic of our neoliberal age, the flows and circulation of capital become the pathway to individual self-realization. The Afropolitan declines to be Afro-pessimistic, then, because she has the privilege of declaring victory from the dance floor in London, the art exhibition in Rome, or the runway in New York.

This, at least, is the critique. The term was first popularized by Taiye Selasi, in a 2005 essay (“Bye Bye, Barbar”) that offered to speak for a generation of young and glamorous African cosmopolitans, to proclaim their coming of age. Africans in the West were no longer out-of-place migrants, she said, no longer caught in-between and at home nowhere. “Most of us grew up aware of ‘being from’ a blighted place, of having last names from countries which are linked to lack [but] somewhere between the 1988 release of Coming to America and the 2001 crowning of a Nigerian Miss World, the general image of young Africans in the West transmorphed from goofy to gorgeous.”

Critics—and the term has so many critics—will say that the Afropolitan is all empty style, a crass and shallow effort to make African identity into a fashion accessory, skin-deep at best, exoticizing at worst. If you google the term, you’ll find “Exorcizing Afropolitanism,” “The Afropolitan Must Go,” and “Why I am Not an Afropolitan” alongside the occasional lifestyle puff piece (e.g. CNN’s “Young, urban and culturally savvy, meet the Afropolitans”). Meanwhile, academics who use the term often decline to cite Selasi at all; if you only look in peer-reviewed journals, for example, you might come to the conclusion that Achille Mbembe and Sarah Nuttall coined the term in 2008.[1]

Yet as novelist Teju Cole observed, “The discourse around Afropolitanism foregrounds questions of class in ways the ‘I'm not Afropolitan’ crowd don't want to deal with (and in ways the ‘I'm Afropolitan’ crowd are often too blithe about).” Class is a problem, a term that has always unsettled when applied to Africa, and which has historically been displaced onto race. For the literary left, Africa has long served a particular symbolic function in the West, standing in as the racial proletariat par excellence, the wretched of the earth. For this Fanonian tradition, African literature was necessarily political, from the beginning: to speak was to curse the West, and those who did not were dismissed as the co-opted bourgeoisie, a neo-colonial elite class.

Why should “African” name a politics? It is hard to see an Afropolitan through this expectation. If Fanonians expect to find revolutionary subjectivity in Africa, they will not find it in Taiye Selasi, but one can’t help but observe that such an obligation is rarely placed on the backs of middle-class writers who are white. Indeed, the backlash against the Afropolitan reveals a nostalgia for a time when African culture-work was thought to be, as such, a revolutionary act, when simply to exist, and to speak, was to resist imperial hegemony. But that time has surely passed, as the “Afropolitan” teaches us. And if Taiye Selasi—or Lupita Nyong’o—are admitted to be African, or even to be representative of a cultural moment, then “Africa” can no longer serve as the perfect figure for the global proletarian struggle. Africa has its West, just as the West has its Africa. Or maybe the distinctions collapse under the strain.

[1] Somewhere between 2004 and 2008, their Public Culture essay “Writing the World from an African Metropolis” absorbed the term “Afropolitanism” as it was expanded for the introduction to Johannesburg: the Elusive Metropolis, but they do not cite a source for the term. 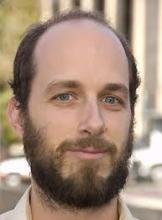 Aaron Bady teaches 21st-century African literature as a post-doctoral fellow in the English department at the University of Texas. He is writing a book about Kenya as America's Africa (or vice versa) called White Man's Country: the Image of Africa in the American Century. He is also an editor and blogger at the New Inquiry, and tweets as @zunguzungu