An "Anthropocene literature" would pose challenges to periodization, not merely for the term's implicit dual designation of 1) what some argue is a new geological epoch that eclipsed the Holocene in the late eighteenth century, and 2) recent discussion across the disciplines, catalyzed by Eugene Stoermer's and Paul Crutzen's 2000 coinage of Anthropocene, to mark how human activity has transformed the geophysical processes of the planet.

One could focus this entry on the thematic by surveying literary texts "about" climate change, now steadily accumulating along with greenhouse gases in the atmosphere and oceans. Contemporary novels – particularly speculative fiction – would feature prominently, but a longer historical view would consider earlier moments of climate anxiety, like those of eighteenth-century European colonial scientists who linked deforestation to dessication, or Arctic melting commemorated in Eleanor Anne Porden's 1818 poem The Arctic Expeditions (Grove; Johns-Putra).

An "Anthropocene literature" would pose challenges to periodization, not merely for the term's implicit dual designation of 1) what some argue is a new geological epoch that eclipsed the Holocene in the late eighteenth century, and 2) recent discussion across the disciplines, catalyzed by Eugene Stoermer's and Paul Crutzen's 2000 coinage of Anthropocene, to mark how human activity has transformed the geophysical processes of the planet. This belated recognition of changes centuries-in-the-making has inspired revisionist histories of Enlightenment and modern democracy as shaped by their dominant energy regimes, with coal having different implications for sociopolitical organization than oil (Chakrabarty, Mitchell). Literary history could be similarly re-periodized – as Patricia Yaeger speculated in a 2011 Editor's Column in PMLA. Twentieth-century modernism aimed to "make it new"; the twenty-first grapples with the unprecedented (Garrard).

More profoundly, the disjunctive timescales of climate change transcend historical period and resist literary representation. Over millions of years, dead creatures fossilized into fuels that humans consumed within a few centuries, with implications for life on Earth for millennia to come. These dilations of the narrative logic of cause and effect are temporal and spatial: climate change promises a future anterior (future inferior?) of changes yet-to-come that will have been effected by carbon emitted long ago and far away from its most extreme effects.

Such processes of attritional harm that elude apprehension and representation constitute "slow violence," argues Rob Nixon, whose work anchored the past decade's emergence of postcolonial ecocriticism. Nixon describes human vulnerability to environmental harm as "unevenly universal" (65) – another pithy formulation that should indicate the indispensability of comparison and transnational thinking as literary studies confronts climate change.  Comparative literature under the sign of CO2 is part of the Environmental Humanities, an emergent interdisciplinary formation that works against the diminishment of the humanities in the culture at large at the very moment when the human-as-species is recognized as a geological force.  With the rise of market-friendly sustainability discourse as a response to environmental crisis, Environmental Humanities urges dwelling critically and reflexively within problems and questions, rather than rushing toward "solutions." Comparatists can grasp the ideological work that literature does all the time, whether we want it to or not, while also resisting the instrumentalization of the aesthetic as merely a "useful," pliable, and predictable tool for environmental consciousness raising.

With renewed confidence and urgency, the discipline can imagine alternatives to the obsolete futures promised by progress narratives unwittingly premised upon access to unlimited cheap energy; it can help break through what Imre Szeman calls the "impasse" of "know[ing] where we stand with respect to energy" and climate, yet being unable to take action at the scale and scope necessary to produce adequate change (Yaeger et al 324). But even if transforming cultural narratives is a challenge our discipline is well-suited to address, the built environments, infrastructures, and energy regimes in which scholarship occurs pose a chastening constraint: a materialist analysis attuned to carbon (as well as capital and class) reveals that book publishing is the fourth largest industrial source of greenhouse gas emissions, and the digital -- like Crusoe's Friday -- leaves a footprint that is anything but virtual (LeMenager 50). 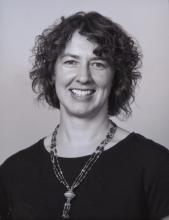 Jennifer Wenzel is an associate professor of English at the University of Michigan. Her book, Bulletproof: Afterlives of Anticolonial Prophecy in South Africa and Beyond, published by Chicago and KwaZulu-Natal in 2009, was awarded Honorable Mention for the Perkins Prize by the International Society for the Study of Narrative. Her essays on postcolonial theory, ecocriticism and environmental humanities, memory studies, postconsumerism, petrocultures, and African and South Asian literatures, have appeared in journals including Alif, Cultural Critique, Modern Fiction Studies, PMLA, Postcolonial Studies, Public Culture, and Research in African Literatures. She is currently at work on two book manuscripts: "Reading for the Planet: World Literature and Environmental Crisis," and "Contrapuntal Environmentalisms." She is also co-editing with Imre Szeman and Patricia Yaeger an anthology of keywords on energy studies, "Fueling Culture: Energy, History, Theory," under contract with Fordham University Press.