Comparatists, one would think, are well placed to consider the harm done by nationalisms. Comparatists translate, relativize and transpose. Surely a nation cannot be all in all to them, just an example. And yet the shapers of the discipline held back from identifying comparative literature with a universal, ecumenical or cosmopolitan drive.

A comparatist of 1903 declared:

The parts of the world draw together, and with them the parts of knowledge, slowly knitting into that one intellectual state which, above the sphere of politics… will be at last the true bond of all the world. The modern scholar… is, in fact, born no longer to the freedom of a city merely, however noble, but to that new citizenship in the rising state which—the obscurer or brighter dream of all great scholars from Plato to Goethe—is without frontiers or race or force, but there reason is supreme. (Woodberry 3-4)

The Serbian and Bosnian nationalists who gathered to assassinate Archduke Ferdinand in June 1914 were not comparatists. Nor were they cosmopolitans. They were dissatisfied with the place assigned to them in a polyglot empire and wanted nothing short of self-government in an ethnically unmixed nation. The twentieth century that began in 1914 delivered many polities and policies designed to placate the ethnic nationalists (at impressive cost); few, or few effective ones, to gratify the “rising state” where “reason is supreme.”

Comparatists, one would think, are well placed to consider the harm done by nationalisms. Comparatists translate, relativize and transpose. Surely a nation cannot be all in all to them, just an example. And yet the shapers of the discipline held back from identifying comparative literature with a universal, ecumenical or cosmopolitan drive. After introducing his journal’s commitment to study world literature in its original languages, Hugo Meltzl hastened to assure his reader that

these polyglot efforts have nothing in common with any kind of universal fraternization or similar international Cloud-Cuckoo-Land. The ideals of Comparative Literature have nothing to do with foggy, ‘cosmopolitanizing’ theories; the high aims (not to say tendencies) of a journal like ours would be gravely misunderstood or intentionally misrepresented if anybody expected us to infringe on the national uniqueness of a people. (Meltzl 44-45; translation modified)

The “national uniqueness” Meltzl had in mind must have been the status of Hungary, recently advanced to linguistic and political representation within the Austro-Hungarian Empire; but the rejection of cosmopolitanism comes with more contempt than is needed to preserve such distinctiveness. What Meltzl repudiates is world government, be it the “federation of free states” imagined by Kant or the more comprehensively unifying visions of Saint-Simonians, anarchists or communists.

Every comparative-literature project articulates a version of world order. And our projects, I have noticed, often articulate similar expressions of distrust: either that cosmopolitanism and internationalism lack cultural substance and exist only as hot air, or that they hypocritically serve the narrow interests of existing empires (see, e.g., Robbins, Dominguez). The philosopher Martha Nussbaum’s well-known 1994 attempt to reinstate the concept of cosmopolitanism received twenty-nine replies, only two from literary scholars (Robert Pinsky, who dismissed the idea as a fantasy of the “liberal managerial class,” and Elaine Scarry, who saw in literature a means of enlisting imaginative sympathy). But the blank or cynical response to the cosmopolitan call leaves us exactly where we were in 1877—defending “national uniqueness” for lack of a higher cause. The damage done by and to international human rights law through its use as a pretext for national interest-seeking is real, though the body count of mere nationalism is immensely higher. It is perhaps natural that comparatists would be quicker to identify the ills of cosmopolitanism, which are the sort of error we might make. But rather than allowing nationalisms and sectarianisms to set the agenda of cultural mediation, as readers and scholars we might heed the “cosmopolitan right of hospitality” (105-108) that Kant thought no human being could deny any other. 2014 would hardly be too late to make a start. 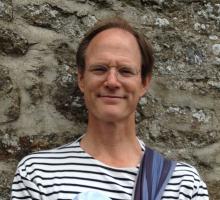 Haun Saussy teaches comparative literature in the department of East Asian Languages & Literatures and the Committee on Social Thought at the University of Chicago. His previous books include The Problem of a Chinese Aesthetic (Stanford, 1993), Great Walls of Discourse (Harvard Asia Center, 2001) and The Chinese Written Character as a Medium of Poetry: A Critical Edition (with Jonathan Stalling and Lucas Klein; Fordham, 2008). He is currently writing a book about the intersection of anthropology and text theory through the concept of oral literature.