Over the past decade, Comparative Literature has become increasingly animated what I call “trans” critical perspectives. The rubric “trans” as I employ it has affinities with the kind of “trans-disciplinary” work that has always characterized Comparative Literature and that has motivated many of the prize winning books of the past several years. But it also draws from “transnational,” “trans-medial,” and “trans-gender” critical practice.

Over the past decade, Comparative Literature has become increasingly animated what I call “trans” critical perspectives. The rubric “trans” as I employ it has affinities with the kind of “trans-disciplinary” work that has always characterized Comparative Literature and that has motivated many of the prize winning books of the past several years. But it also draws from “transnational,” “trans-medial,” and “trans-gender” critical practice. For me, “trans” is not a substantive but rather an “orientation” of critical approaches, attitudes, and habits of reading or experiencing – and as such it can be mobilized between and across areas of critical concern, meaning for example that a “trans” approach might be oriented across several categories at once.

A “trans” orientation might allow us to see how trans-disciplinary work can also become importantly transnational, examining work outside of national or imperial circuits of travel, exploring non-privileged migrations of people and texts; or trajectories outside of the usual metro-centric routes of travel. Or it might intersect in key ways with the very original work being done in Transgender, Queer and Disability Studies where those like Judith Halberstam and Susan Stryker have deeply theorized the “trans-“ as a challenge to normative habits of identity and the power dynamics surrounding them. Trans approaches to comparative literature thus carry with them an oppositional valence derived from the prefix as it appears in the word “transgress” seeking out trangressive relationships, affiliations or interconnections among literary texts and their circuits of travel.

José Saldívar’s productive concept of “Trans-Americanity” deploys “trans” in this manner as a critical attitude or approach illuminating oppositional routes of travel or transgressive relationships.  Saldívar makes a very strong case for trans-American approaches to literature that allow a shift in “acting and thinking from the nation-state level to a thinking and acting at the planetary and world-systems level” (xvii).

Another key example is the term “transmodernidad” (transmodernity),[1] which is used by the philosopher Enrique Dussel to discuss the ways that modernity might be reconceived from the perspective of Latin America.  As he puts it, “the . . . trans-modern attempts to indicate the radical novelty of the irruption . . . those  . . . cultures . . . which respond from another place, another location” (18).   Clearly, this usage unfolds in a “transgressive” or “transformative” dimension.

Some of the most exciting recent scholarship in media studies explores “transmedial” story-telling. Works that move from big screen to small are potentially transmedial as are those that play out across several media at once. Henry Jenkins claims that “transmedia storytelling is the art of world making,” helping enact the participatory nature of twenty-first century media (21).

But most important for me is the work in the last decade done under the rubric of transgender theory. Halberstam, Stryker, Stephen Whittle, and others, have described trans theory as “anything that disrupts, denaturalizes, rearticulates and makes visible: the links we assume to exist between a sexual body and the social roles it is expected to play” (Stryker and Whittle 3). Jay Proesser has claimed that “resexing . . . is made possible by narrativization” and that “transexuality is always narrative work” (4) while others explore the challenge trans identities pose to assumptions about the spaces and temporalities of such narrative work. Howard Chiang’s collection Transgender China, brings together transgender, transnational, and trans-disciplinary approaches to bodies and texts in exciting new ways. Chiang’s book points towards the important convergence of “trans” critical attitudes in comparative literature and shows the power of a “trans” approach not only to “disrupt, and denaturalize,” but also to help us rearticulate comparative literature now.

Dussel, Enrique. “Transmodernity and Interculturality: An Interpretation from the Perspective of Philosophy of Liberation.” Web. 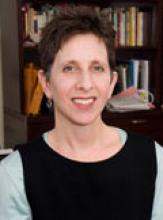 Jessica Berman is Professor of English, Gender + Women’s Studies, and Language, Literacy and Culture at the University of Maryland, Baltimore County (UMBC). She serves as a board member of the American Comparative Literature Association and as an editor of the Report on the State of the Discipline. She is the author of Modernist Fiction, Cosmopolitanism and the Politics of Community (Cambridge 2001) and Modernist Commitments: Ethics, Politics and Transnational Modernism (Columbia 2011), and editor of A Companion to Virginia Woolf  (Wiley-Blackwell 2015). Berman also co-edits the “Modernist Latitudes” book series from Columbia University Press, which aims to publish books that explore the greater latitudes of thought offered by an expanded modernist studies. Her new project investigates the role of migrants, transnationals, exiles and diasporic citizens in the development of twentieth-century media, and explores the deeply transmedial characteristics of the modernist literature that was growing up at the same time.