The term “pandemic” shows the story of AIDS has always crossed borders: geopolitical, disciplinary, personal. From claims for an African origin, the positing of Canadian flight attendant Gaetan Dugas as patient zero in the North Atlantic epidemic to Kenyan truck drivers as agents of infection to the two decades long US ban on HIV positive immigrants inter alia, “pandemic” attempts to contain an impossibly proliferating disease and the persistently transnational stories that may be told about it.

In a subsequently notorious article in the New York Sunday Times Magazine, Andrew Sullivan, touting the success of anti-retroviral treatment, all but called AIDS over in 1996. While it might have been over for the people of the world who had access to the life-saving treatments, for many extant and future HIV positive people, the HIV/AIDS pandemic had yet to peak.

Epidemiologists tend not to make firm distinctions between the term “epidemic” and “pandemic,” except on the significant grounds of scale and geographic spread. Statistics on rates and vectors of infection have been deployed, contested and denied in providing multiple explanations of the pandemic and related ameliorative attempts. When, why and how multiple epidemics cohere into a pandemic remains an open question.

What the term “pandemic” renders visible is that the story of AIDS has always crossed borders: geopolitical, disciplinary, personal. From claims for an African origin, the positing of Canadian flight attendant Gaetan Dugas as patient zero in the North Atlantic epidemic to Kenyan truck drivers as agents of infection to the two decades long US ban on HIV positive immigrants inter alia, “pandemic” attempts to contain an impossibly proliferating disease and the persistently transnational stories that may be told about it. As early as 1987, Paula Treichler called AIDS an epidemic of signification, a phrase that still resonates nearly 30 years later.

The denial of the pandemic has traveled the globe from dissident scientists at the University of California, Berkeley to former South African president, Thabo Mbeki. Most recently, General Abdel Fatteh el-Sisi who rose to power in the Egyptian coup d’etat in 2013 is pushing electromagnetic devices that claim to detect “AIDS” and cure it, along with hepatitis and other viruses. The scope of “pandemic” as a descriptor can reveal what Jean Comaroff has called “the savage cosmopolitanism” of both the conditions of the disease, the efforts to fight it, and the desires to pretend that it does not exist.

Calling a disease produced by a virus a “pandemic” in the heady mix of emotionally saturated and often phobic discourses around sex and death has made HIV/AIDS into a global humanitarian crisis of significant duration, where a kind of ossified urgency demands intervention even when it is unclear whose interests are being served by many such interventions. It is clear that prevention strategies travel exceedingly unevenly, as the controversies around the anti-prostitution clauses and abstinence only funding in PEPFAR (Presidential Emergency Plan for AIDS Relief, 2003) reveal with depressing clarity. The VCT protocols (voluntary counseling and testing) established in New York in the late 1980s work very differently, if at all, in a rural village in Malawi in 2010, where anonymity is impossible to preserve, but these protocols get applied regardless.

What the term “pandemic” hides is the radical divergence in subjective experiences of the disease in terms of access to medical care, susceptibility to social stigma and possible criminalization. While the term “pandemic” suggests the possibility of a universal vulnerability to the disease: it is everywhere and anyone can get it, the unfolding history of the pandemic has shown that epidemics are often profoundly local, that they have a complex, but not always congruent relation to the great wealth and power balances of the world. The pandemic understood tout court (as if that were possible) may itself be a symptom of histories of underdevelopment within and across often incommensurate spaces, and a symptom of structural inequalities and violence in an increasingly globalized world, while certain nation states like Brazil and India reassert national autonomy by breaking international patent law and making their own drugs. 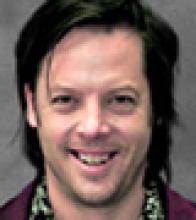 Neville Hoad is Associate Professor of English and Women’s and Gender Studies at The University of Texas at Austin.  He is the author of African Intimacies:  Race, Homosexuality and Globalization (Minnesota 2007) and co-editor (with Karen Martin and Graeme Reid) of Sex & Politics in South Africa: Equality/Gay & Lesbian Movement/the anti-Apartheid Struggle (Double Storey 2005).  He is currently working on a book project about the literary and cultural representations of the HIV/AIDS pandemic in sub-Saharan Africa.