To think about postcolonial studies is to think in terms of crisis, death and futurity.

To think about postcolonial studies is to think in terms of crisis, death and futurity. Since its very inception, postcolonial scholars have been both highly critical of the term and its disciplinary force. We enjoy self-flagellation much more than our critics give us credit for. But to say that postcolonial theorists haven’t changed anything  because by emphasizing

the difficulty of giving an account of oneself in the dominant and hegemonic language of the colonial power, their work has tended to generate a self-perpetuating and politically unproductive anxiety that could be said to be self-absorbed…. [and thus] fall under the rubric of reactional theorizing rather than actual theorizing, as privileged by Fanon (Lionnet and Shih, 20)

While the postcolonial sometimes stands in for anything and everything,  sometimes lacks a referent or historical specificity, this may simply reflect its multiplicity,  the good, the bad and the ugly; the various postcolonialites, and the postcolonial temporalities. There is no single postcolonial. Thus, I want to indulge in the optimism that lies in the promiscuous use of the term itself. The term  resides (not remains) adjacent to other categories, and flourishes there. Think of the postcolonial rubbing up against other terms—the transnational, the global, the planetary, (dare I say it?) the third world, the nation, the state, the city, the body. Promiscuity also allows the postcolonial to rear its not so accommodating head in discussions that ignore or dismiss the myriad ways in which it has shaped academic disciplines.

Postcolonial studies is inherently comparative. The institutionalization of postcolonial studies in places like the US, UK and Australia, with all its Anglophone emphasis, often ends up erasing postcoloniality’s comparative dimensions. But a course on postcolonial literature taught in an English department can read Aimé Cesaire’s uncompromising theoretical and biographical engagement with colonialism and imperialism and show how francophone postcolonial studies resonates and differs from an Anglophone model that starts with Edward Said’s Orientalism. That same course could juxtapose Caribbean writers like  George Lamming, Jamaica Kincaid, Andrea Levy, Simone Schwartz-Bart, Maryse Condé, Patrick Chamoiseau and Alejo Carpentier alongside Édouard Glissant, Benitez Rojo, Shalini Puri, and Belinda Edmondson. Translation would come up of necessity, and one could then highlight the impossibilities of a neat and tidy comparative trafficking in ideas enabled precisely by the possibilities of translation. [1]

Traffic between postcolonial studies and comparative literary studies would reinvigorate both. If postcolonial studies is emboldened and captivated by the availability of various texts in translation, a renewed emphasis on the importance of learning languages would enable us to critically examine our relation to worlds and texts (and world-texts; text-worlds).  Instead of mourning the demise of postcolonial studies, we should celebrate the possibilities opened up by promiscuous encounters. We need to share critical, theoretical and literary beds more generously, more intimately and perhaps even with a certain recklessness.

[1] I have talked about this at length in my essay, “Towards a Planetary Reading of Postcolonial and American Imaginative Eco-Graphies.” 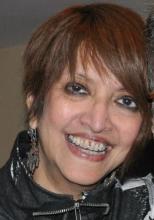 Sangeeta Ray is Professor of English and Comparative Literature at the University of Maryland. She has published several essays in key journals and anthologies. She is the author of two books, Engendering India: Woman and Nation in Colonial and Postcolonial Narratives (Duke UP, 2000) and Gayatri Chakravorty Spivak: In Other Words (Wiley-Blackwell, 2009). She is the coeditor of The Companion to Postcolonial Studies (Blackwell, 2000) and the coeditor of the three volume (print and online editions) Encyclopedia of Postcolonial Studies (forthcoming, Wiley-Blackwell, 2015). She is currently finishing a book tentatively titled, Postcolonial Promiscuity: Aesthetics, Ethics, Politics.