Critical examinations of how “periodization" shaped ideas of time and space through “antiquity” and “the Middle Ages" contextualizes the foundations of literary fields alongside the emergence of European nationalisms and empires. These studies have had broad implications for other fields, including postcolonial theory, transnational studies, and globalization studies, and shows us how a historical period, such as “medieval,” can signify anxieties about Western "secular modernity” in its relationship to South America, Asia, and Africa.

Over the past decade, challenges to traditional periodizations have flourished as a self-reflexive critique in medieval and early modern studies, tracing the foundations of our fields alongside the growth of European nationalisms and empires.  These studies have had broad implications for other literary fields, including postcolonial theory and transnational studies.  “Periodization” is the dividing of temporal continuities, but as David Wallace and Jennifer Summit suggest, “a template for dividing up not only time but also place.”[1]  A period, such as “the Middle Ages,” or medieval, conjures up images and ideas that are perceived as antithetical to the definition of modernity, and might also be ascribed to other, non-European cultures. Modern deployments of the term medieval or feudal as a rhetorical tool to signify the “backwardness” of Eastern and global South cultures, betrays the most basic elements of Orientalist and colonialist representations of Muslims going back to the twelfth century, and exposes the Western anxiety about positing European origins onto colonial subjects and geographies.   Kathleen Davis, in particular, has argued that the categories which post-colonial theorists had traditionally taken for granted, such as feudalism and secularism, should be understood as bound up with concepts of sovereignty and political shifts occurring between the seventeenth and nineteenth centuries towards defining a “secular” and modern English state.[2]  In such a construct, according to Davis, “Europe’s ‘medieval’ past and cultural others – mainly colonized non-Christians – were defined as religious, static, and ahistorical – thus open for narrative and territorial development.”[3]

The mirroring of Europe’s medieval past with its colonial modernity is precisely how Islam has been historically situated as bookending the beginning and end of medieval Europe.  The Belgian historian Henri Pirenne (1862-1935) argued in his thesis that with the appearance of Islam in the seventh century, the Western Mediterranean was “closed off” from the wider Mediterranean world, forcing Europe to withdraw into itself, thereby creating a hermetically sealed-off space in order to generate a sense of a distinctly European and Christian identity.  He suggests, in his final book Mohammad and Charlemagne, that

Islam had shattered the Mediterranean unity which the Germanic invasions left intact [. . . ] It was the end of the classic tradition.  It was the beginning of the Middle Ages, and it happened at the very moment when Europe was on the way to becoming Byzantinized.[4]

For Pirenne, the eastern Mediterranean was a “Musulman lake,” quoting (via second-hand reading) the fourteenth-century historian Ibn Khaldun as saying that “the Christians could no longer float a plank upon the sea.”  In the fifteenth century, the Conquest of Constantinople by Ottoman Turks, and the Conquest of Granada by Catholic Spain, serve as two markers that initiate an early modern period that redraws Europe’s periodized geography: in this modernity, Iberia becomes wholly “European” and Byzantium ceases to be Europe and reverts to “Asia.”

Postcolonial medievalist criticism of periodization highlights Western assumptions about secular modernity that largely structures discourses about contemporary globalization and transnationalism.  An emergent field, for example, of “global medieval studies” would attempt to challenge neo-liberal ideologies of modernity by re-reading the pre-modern against Eurocentrism.  When globalizing the “medieval,” though, medievalists should beware not to repeat the colonial narratives of that defined European empires in the Americas, the Middle East, and Central and South Asia.  In understanding both the medievalisms of the postcolonial world outside of Europe, and also the margins of medieval Europe itself (in places like al-Andalus, Sicily, the Maghreb, Russia, and the early Ottoman Empire), we may come closer to understanding how our current geo-political imaginaries shape our ideas about pre-modern temporalities.[5]

[2] Kathleen Davis, Periodization and Sovereignty: How Ideas of Feudalism and Secularization Govern the Politics of Time (University of Pennsylvania Press, 2008).

[5] Kathleen Davis and Nadia Altschul, eds., Medievalisms in the Postcolonial World: The Idea of “the Middle Ages” Outside Europe (The Johns Hopkins University Press, 2009); Karla Mallette, European Modernity and the Arab Mediterranean: Toward a New Philology and a Counter-Orientalism (University of Pennsylvania Press, 2010). 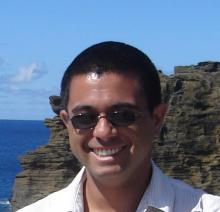 Adam Miyashiro completed his Ph.D. in Comparative Literature at the Pennsylvania State University and is currently Assistant Professor of Literature at the Richard Stockton College of New Jersey.  He is a member of the Mediterranean Seminar and has participated in the NEH Summer Institute “Cultural Hybridities: Christians, Muslims, and Jews in the Medieval Mediterranean” in 2010.   He is currently finishing a book project entitled Reading Race in the Medieval Mediterranean and has had articles and reviews published in Neophilologus, Notes & Queries, Comparative Literature Studies, and the Journal of Law and Religion.  He currently serves on the Executive Committee of the Delaware Valley Medieval Association and is a past graduate student representative to the Advisory Board of the ACLA.