Thematic questions about fundamentalism have recently proliferated in Arabic literature. One major theme is the aspiration to expose dominant religious radicalism and to win back the freedom of expression suppressed by the hegemonic ideologies of postcolonialism.

In a seminal essay, “The Religious Fanatic in the Arabic Novel” (Al-Ahram, June 23rd, 2003), Egyptian critic Gaber Asfour lamented “the failure [of Arab novelists] to keep an aesthetic distance that would allow for a calmer artistic perspective on the heated phenomenon of fundamentalism.” Eleven years later, Asfour would perhaps agree that Arabic literature had achieved that Brechtian distance. In Arabic, fundamentalism derives from the root ( ل ص أ ),  denoting origin or genesis. The root also connotes purity and unsullied sources. But since any search for a linguistic origin is a futile chase after evasive signifiers, religious fundamentalism tends to jettison all that is “new” in its ardent pursuit of origins. The return of fundamentalism, however, further extends the work of the veteran practitioners of postcolonialism. Nor should we forget the original form in which religious zealotry appeared as a subject of debate, namely, modern Arabic criticism, as in the work of Taha Husayn and the important variants made by his intellectual disciple, Nasr Hamid Abu Zayd or Moroccan intellectuals Muhammad Arkoun and Muhammad Abid al-Jabri.

While the Algerian Tahar Ouettar was perhaps the first Arab author to make fundamentalism an overriding theme in a work of art (The Quake, 1974), contemporary Arab writers continue to explore the topic. Portrayals of the fundamentalist, mostly achieved through characters of confused young men— Taha in Alaa al-Aswany’s Yacoubian Building (2006) or Yasin in Muhammad al-Asha‘ri’s The Bow and the Butterfly (2010)—still mark an ineluctable clash between the native and the foreign, or the sacred and the profane, where fundamentalists believe that their pure and undefiled origins have been hijacked by the laic principles of secular modernity.  But secular critique, of which the novel is a symptom, has fought its own war against fundamentalist doctrines, and has done so at a cost. If the Arabic novel now occupies a significant space in reinforcing freedom of (artistic) expression and other individual rights, many Arab authors faced death, torture, and imprisonment for their work. In 1993, Algerian Tahar Djaout was assassinated by the Armed Islamic Group for his critique of fundamentalism. In 1994, Nobel Prize awardee Naguib Mahfouz was almost killed by two Islamists for his secularist Awlad Haritna. And in 1995 Egyptian critic Nasr Hamid Abu Zayd was forced to divorce his wife and leave Egypt for his critique of the country’s Islamist discourse.

Although the principle of anti-secularist revolt has been exposed by the contemporary Arabic novel, the last decade has allowed for a contemptuous affinity with religious fanaticism. In the writings of Yusuf Zaydan, Muhammad al-Ash‘ari’s and Hoda Barakat, for example, while fundamentalism never gets away with its crime, the punishment no longer falls upon the perpetrator alone. Instead fundamentalism becomes a signature of institutional and educational failure, a sign of late postcolonial loss and identitarian malaise, a wildcard in the political semantics of world power, the stamp by which neocolonial imperialism distinguishes foes from allies. Nor is the fundamentalist the religious zealot on steroids or the callous-hearted and immediately disciplinable villain, but rather a complex pharmakon a la Northrop Frye, a protagonist caught in the grand sectarian confusions of postmodernity, as Barakat reminds us in The Kingdom of This Earth (2012). Likewise, al-Ash‘ari’s The Bow and the Butterfly (2008) begins, and ends, with the news that 19-year old Yasin, studying architecture in France, has fallen prey to the siren call of jihadist “martyrdom” in Afghanistan, prompting us to interrogate not only the fundamentals of fundamentalism, but also the convoluted human drive that stems from self-interest, be it paradisiacal lunacy or postcapitalist monopoly. 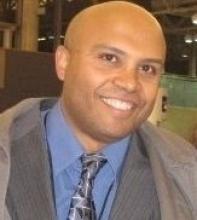 Mohammad Salama received his PhD in Comparative Literature from the University of Wisconsin- Madison in 2005.  He holds an M.A. in Modern English Poetry from the ‘Ayn Shams University- Egypt. His specializes in modern Arabic literature and film with emphasis on comparative literary trends in colonial and post-colonial Europe and the Arab world. He has published numerous articles and reviews in scholarly venues, including der Islam, Journal of Arabic Literature, Pacific Coast Philology, Arab Studies Journal, ALIF: Journal of Comparative Poetics, The Oxford Encyclopedia of the Islamic World, and The Oxford Encyclopedia of the Modern World. He is the author of Islam, Orientalism, and Intellectual History: Modernity and the Politics of Exclusion since Ibn Khaldun (I.B. Tauris, 2011) and coeditor of German Colonialism: Race, The Holocaust, and Postwar Germany (Columbia UP, 2011). He is currently completing a study on literature and fundamentalism in 20th century Egypt.