Answer #1: Future reading will require foreign reading.  Works of literature increasingly enter the world in several languages, originals and translations appearing at the same time or nearly at the same time.  This is especially true for works that begin in dominant languages such as English, French, German, Russian, and Italian, and Spanish (yes, Spanish follows Italian),[1] which sometimes appear in translated editions even before they appear in what we have come to call original ones.[2]  Reading a work in its first or original edition, if we mean the edition that has appeared in the world before all others, may no longer automatically mean reading a work in the language in which it was composed.  What used to be the work’s future or “afterlife,” as the English translation of Benjamin famously puts it, may now be its present or even its past.[3]   In the future, the future is now.  Therefore, we will have to approach literary works as if they exist in several languages, media, and formats and as if they are written, from the get-go, for many audiences.  Conceptually, this will be true even for works that do not travel because even untranslated works are read by divergent audiences and may at some later point enter new languages and contexts.  Future reading is foreign reading because it implies something about the people who encounter texts: they are not a predictable group, and they are not contained by one territory or ethnos.  Future reading also implies something about the nature of the reader’s encounter: it is not unique; and it can’t be understood as “native” or natural.

Foreign reading, as I am calling it, differs from the kind of reading most of us do now because we generally assume, first, that literary texts belong to one language; second, that we can tell from the publication history or the author’s biography what that language is; and, third, that there are readers who were born knowing that language from the start.[4]  However, languages are not one, as scholars who work on Anglophone, Francophone, and Sinophone literary studies have been telling us for some time.[5]  And people do not begin their lives as competent or fluent readers of any language.  Reading is an acquired skill, easily accessible to some and secured with great difficulty by others.  Some people read several languages well.  Some have partial access to a language or to a version of that language.  (Consider all of the English-language readers in the world, their various locations and proficiencies, including third- and fourth-language users, and also the many regional versions of English in which literary works are published.)  Some people may not read at all.  The concept of foreign reading alters our approach to the location of texts, which now potentially belong to several places or territories.  It also alters our approach to readers, whose access depends on degrees of expertise or experience rather than intrinsic knowledge.  From the perspective of foreign reading, a book does not have native readers, only readers.

Answer #2: Foreign reading, recognizing the foreignness of literary texts, animates collectivities that are both smaller and larger than the nation, and that operate both within and across languages.  Foreign reading does not create these collectivities so much as it creates the disciplinary space and nomenclature that allows us to see them.  Foreign reading decouples literature and language, allowing us to consider how works appear in more than one language, how they are read and used differently across literary and nonliterary cultures, and how they enter, alter, mix, and depart languages.  Like the Sinophone or Anglophone, foreign reading registers and loosens what Yucong Hao calls “the customary disciplinary divides and national literary histories” that have organized our work.[6]  In the future, we will need to acknowledge that we study literature in a language – “literature in English,” for example – rather than a language’s literature.  This is because the texts we hold in our hands or on our screens do not belong, intrinsically or permanently, to any language in particular.  This does not mean that we do not study those works in languages.  Indeed, we do and must.  But it does mean that we avoid treating texts as if they are possessed by a language, as if they should be analyzed exclusively in that language, and as if they are intended above all for – and in the service of producing – monolingual readers.[7]

The framework of literature in languages emphasizes system as well as series,[8] and this is important.  It reminds us that languages exist in relation to other languages and that works of literature are produced within that relation, whether in a language of many readers such as English or in a language of fewer readers such as Portuguese, Zulu, Japanese, or Turkish.  This is especially important for languages that function in many places throughout the world.  “Literature in English” intimates languages beyond English while registering that English is, in fact, a language.  Pascale Casanova has noted that the dominant language is the one you don’t think about; it is the language whose histories and debts can be forgotten.[9]  We need to find strategies of unforgetting.

From the perspective of the future, the literary work is open-ended and ongoing.  Insofar as the literature of the future will be written for translation, calculating its presence in many languages, and from translation, incorporating the trace, the influence, and the needs of other readers, future reading may have to be different reading, both technically and philosophically. That will mean paying attention to elements of the text that operate across languages as well as elements that do not move languages easily: typography as well as idiom, plot as well as pun.  Of course, there is no need to choose among these concerns, yet future reading, because it includes works read in translation or read in languages we know only a little bit, as well as works in languages we know well, will involve both partial reading (reading only some of the work; or some versions of the work) and collaborative reading (we read some parts; our colleagues and other audiences read other parts).  Production may recapitulate circulation: today’s literary works written for global audiences find ways to incorporate the paths of translation into the forms of composition.  It seems likely that they will do this all the more inventively in the future, thus calling for reading that registers new features of literary creativity and can place those features within the institutional and technical history of literary innovation.

Answer #3: In the future, we will need to read comparatively, by which I mean reading across editions and formats and also recognizing that any one edition and format contributes to the work rather than exhausts it.  This changes reading, philosophically as well as technically, because it defines the work by its appearance in the world rather than by its inherent or original characteristics. Approaching the language of a work as one among many, even for works that begin in that language, has the salutary effect of making languages less neutral.  You may think it would be the other way around, since specifying and even celebrating the linguistic nature of a text is usually a most historicizing gesture.  And neutrality has seemed like the ideal, as we have worked to subtract the ideological and cultural privilege attached to the languages of imperial, economic, and intellectual dominance.  But in fact we better engage with a work’s history the more we acknowledge its possible future as work in other languages, other media, and other works.  A literary work’s past becomes simply one of its possible histories and need not precondition its lasting appearance or impact.  There is nothing neutral about the history of languages.  Understanding languages mechanically rather than sentimentally can help us see that.

Answer #4: Instead of asking where or in what language a work of literature belongs, we need to ask how it belongs.  How does it get to that language, and where does it go – or not go?  What are the pathways and impediments to belonging?  Because we want to know, in the fullest sense, how language matters to a literary work, we will need to read more versions of works, whether editions, translations, adaptations, or rewritings.  And we will need to evaluate reception at local, regional, and transnational scales.  This will involve analytic strategies that complement reading and that may involve counting; and it will also involve asking how geopolitical histories have shaped what texts mean, where they appear, and who can encounter them.[10]  We can begin by simply acknowledging that there are (only) readers and that what they encounter are versions of literary works.  By demoting national literatures to literatures in languages, we take the first step.  That’s how we read – and become readers – in the future.

Goldstone, Andrew. “The Quiet Transformations of Literary Studies: What Thirteen Thousand Scholars Could Tell Us.” New Literary History 45, no. 3 (2014): 359-384. Web.

[1] These are the top 6, according to the Index Translationum.

[4] On the presumption of monolingual reading, see Yildiz, Beyond the Mother Tongue.

[5] One of the most recent and powerful exhortations of this argument is Simon Gikandi’s editor’s column, “Provicializing English.” I have in mind too Shu-Mei Shih’s crucial articulation of the “Sinophone” in “The Concept of the Sinophone,” and Brian Bernard’s argument about how the creolization of the Sinophone “de-ethnicizes and de-territorializes” Chineseness in “Beyond Diaspora” (325).  See also Yucong Hao’s excellent discussion of the Sinophone and its relationship to Francophone and Anglophone literary studies in this Report.

[7] Yildiz, Beyond the Mother Tongue.

[8] I am indebted for this formulation to Barbara Cassin, who calls for analyzing “philosophy within languages” in her “Introduction” to Dictionary of Untranslatables, xvii.

[9] Casanova, “What Is a Dominant Language?”

[10] For an excellent example of how “counting” can refine the history of “reading,” see Andrew Goldstone and Ted Underwood, “Quiet Transformations of Literary Studies: What Thirteen Thousand Scholars Could Tell Us.” Goldstone takes up the relationship between reception and reading in “Hatterr Abroad.” 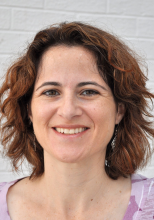 Rebecca L. Walkowitz is Associate Professor and Director of Graduate Studies in the English Department and Affiliate Faculty in Comparative Literature at Rutgers University.   She is the president of the Modernist Studies Association and has also served as the publications chair of the ACLA; the program chair of the MSA; and chair of two MLA divisional committees, Prose Fiction and (the former) Twentieth-Century English Literature.  She is the author of Cosmopolitan Style: Modernism Beyond the Nation (Columbia UP, 2006) and editor or coeditor of seven books, including Immigrant Fictions: Contemporary Literature in an Age of Globalization (2007) and Bad Modernisms (2006, with Douglas Mao).  She is coeditor and cofounder of the book series “Literature Now,” published by Columbia University Press.  Her new book Born Translated: The Contemporary Novel in an Age of World Literature will be published in the series this summer.