Corporate Personhood refers to the concept that a corporation, as a group of people, enjoys some of the same legal rights and privileges as individuals. While many scholars and critics of this doctrine point to its origins in the nineteenth century, others note that it dates back to the medieval period when the Catholic Church conducted property transactions in its own name.

Corporate Personhood refers to the concept that a corporation, as a group of people, enjoys some of the same legal rights and privileges as individuals. While many scholars and critics of this doctrine point to its origins in the nineteenth century, others note that it dates back to the medieval period when the Catholic Church conducted property transactions in its own name. In the landmark Supreme Court case, Santa Clara County v. Southern Pacific Railroad (1886), the railroad’s lawyers successfully argued for personhood under the Fourteenth Amendment of the constitution, originally intended to guarantee full personhood to freed slaves. Over the twentieth century, corporations expanded their rights beyond the ability to own property and enter into contracts, gaining the legal protections of the Fourth Amendment against warrantless searches and the Fifth Amendment against double jeopardy. They also acquired the Seventh Amendment right to trial by a jury and the First Amendment right to free speech.

The US Supreme Court significantly expanded corporate rights to free speech in Citizens United v. the Federal Elections Commission (2010) when it found unconstitutional under the First Amendment bans preventing corporations from using their money for direct advocacy in elections. Similarly, the Court’s decision in McCutcheon v. the FEC (2014) that the federal government can place no aggregate limits on the amount of money individuals can donate to election campaigns applies equally to corporations. Collectively these two decisions gutted campaign finance legislation and opened the door for expanding corporate rights. In Burwell v. Hobby Lobby (2014), the court found that a closely held for-profit corporation could use religious objections to claim exemption from participation in the Affordable Care Act, which mandated companies provide particular forms of contraception to their female employees. This landmark decision recognizes such companies’ claims to religious belief, further blurring the lines between rights afforded to citizens and corporations.

The legal fiction of corporate personhood has not gone unchallenged. Resistance can take the form of culture jamming, when anti-corporate activists transform the meanings associated with advertising in public spaces. Altering the messages on billboards, these activists use humor to critique the conservative values associated with the consumption of particular commodities and to expose the social costs of specific kinds of production. The activist group, the Yes Men, impersonates corporate spokespersons and World Trade Organization officials in media appearances in which they apologize for corporate misdeeds and promise to offer compensation to atone for its sins, creating a PR fiasco for the corporation. More traditional forms of resistance include grassroots organizing against corporate personhood by groups such as Move to Amend, the Women’s International League for Peace and Freedom, and the Program on Corporations, Law & Democracy.

A comparative approach to corporations offers one avenue for undercutting the neoliberal logic that naturalizes the centrality of corporations to governance and capitalism. Although corporate personhood gains its greatest legal and cultural foothold within the US context, other countries Venezuela and New Zealand, for example, have bestowed personhood not on corporations but rather on nature as a safeguard against capitalist exploitation. Whereas “nation” and “nationalism” remain firmly entrenched as salient categories for literary studies, corporations have received relatively little attention even as critics, for decades, have decried the corporate takeover of national power. Given the role of literature historically in the inculcation of humanistic and civic values, its study in relation to corporations raises questions about the role of amassing profit at the expense of a larger collective good. Corporate incursions into quotidian life, including higher education, urgently necessitate the reorientation of comparative literature to an analysis of the material and cultural effects of corporations. 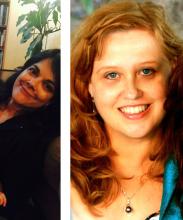 Purnima Bose is an Associate Professor of English and International Studies at Indiana University. She is the author of Organizing Empire, and the co-editor with Laura E. Lyons of Cultural Critique and the Global Corporation along with a special issue of Biography on Corporate Personhood.

Laura E. Lyons is Professor of English at the University of Hawai'i. With Purnima Bose, she is co-editor of a special issue of Biography (Winter 2014) on "Corporate Personhood and Life Writing" and the volume Cultural Critique and the Global Corporation.