Since the 1990s “progressive tendencies” in literary studies have harnessed comparative methodologies to textual analysis of human rights documents, interpretations of geopolitical systems, and critiques of foreign policy. As comparative literature has increasingly engaged in world affairs, comparative critical approaches have influence critical writing on boycotts from the anti-apartheid movement to Palestine solidarity activism. The issue of academic boycott in particular has generated prolific and polarizing public debates among literary scholars, at the center of which is a general question about the place of pro-Palestinian activism in the academy.

While the word “boycott” has origins in the nineteenth-century Irish Land League movement (Hassan), the tactic is inscribed in a noteworthy U.S. activist legacy extending “from the Montgomery bus boycott to the UFW grape boycott to the boycotts against South Africa’s apartheid regime” (“Anti-Boycott”). The academic boycott of Israel movement claims affiliation with these anti-colonial and anti-racist movements.

In connection with comparative literature specifically, however, academic boycott is associated with political trends aimed at “renewing the field” that date to the 1980s. The 1993 ACLA Bernheimer Report notes that challenges to “a restrictive Eurocentrism” mark new developments in comparative literature programs. Bernheimer’s conclusion emphasizes “progressive tendencies in literary studies, toward a multicultural, global, and interdisciplinary curriculum.”

Since 1993 “progressive tendencies” in the discipline have harnessed comparative methodologies to textual analysis of human rights documents, interpretations of geopolitical systems, and critiques of foreign policy. As comparative literature has become increasingly engaged in world affairs, boycott politics, from the anti-apartheid movement to Palestine solidarity activism, has drawn on comparative critical approaches. A line can be traced from Rob Nixon’s 1992 “Apartheid on the Run: The South African Sports Boycott” to Robin Kelley’s 2014 advocacy of the academic boycott in “Another Freedom Summer.”

Boycott is, furthermore, the subject of a growing body of writing across genres: activist calls to action, journalistic refutations, statements of opposition, pro-boycott petitions, endorsement resolutions, and anti-boycott legislation. Boycott politics has mobilized writers, including Berger, Pinter, Soueif, Roy, and Galeano, and provoked theorists, such as Nussbaum, Rancière, Butler, and Žižek. The controversy has catalyzed new thinking about the very notion of boycott, engendering comparative analyses of pro- and anti-boycott discourses as well as comparisons of boycott contexts.

Among the most contestatory and contested ideas on university campuses today, academic boycott is a pressing concern for literary scholars. The issue has generated prolific and polarizing public debates, at the center of which is a general question about the place of pro-Palestinian activism in the academy (Jaschik). The Los Angeles Review of Books, for example, published a series under the title “Academic Activism: Israelis, Palestinians and the Ethics of Boycott,” which included essays by “some of the most important voices engaging these issues within the American university” (March 2014). Literature and language scholars authored six of the eight essays for and against the boycott.

The stakes of academic boycott have become so great to literature scholars that the 2015 MLA Delegate Assembly held an “open discussion” on “Institutional and Individual Boycotts” and “the Relation between Boycotts and Academic Freedom” among other “controversial issues” (Agenda).  MLA discussions will continue in 2016 and 2017 at the conventions and online at the Commons.

Citing Bernheimer, Tim Brennan argues that “the new movement in comparative literature” of the 1990s occurred  “in an atmosphere of canonical revision ushered in by postcolonial studies” (31). “Progressive tendencies” in comparative literature identified in 1993 have expanded beyond postcolonial revisionism, opening the field to questions of solidarity and rights. The provocative articulation of international solidarity with professional responsibilities--a crucial feature of comparative literature in the 21st century--critically informs the academic boycott debates that have so intensely activated scholars of languages, literatures and cultures. 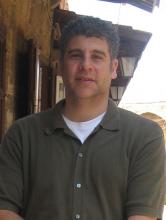 Salah D. Hassan is an associate professor in the Department of English and core faculty in Global Studies in the Arts and Humanities at Michigan State University. His essays have appeared in PMLA, Social Text, New Formations, Research in African Literatures among other journals. He recently edited a special issue of Biography titled "Baleful Postcoloniality." He is completing a book manuscript tentatively titled Palestine in Theory.