Like Gayatri Chakravorty Spivak, whose Death of a Discipline (2003) and later writings critique the World Literature paradigms of Franco Moretti and David Damrosch for sparing anglophone U.S. students the trouble of learning other languages and greeting other literatures in their potential difference, Apter sees in untranslatability an antidote to the anodyne globalism of World Literature. Under the guise of “worldliness,” she suggests, World Literature homogenizes the world itself, imposing Eurocentric taxonomies on literature and literary history. Both Spivak and Apter oppose comparative literature to World Literature, and both make untranslatability a hallmark of comparative method, which negotiates linguistic difference and views the comparability of the world’s literatures as made, not given.

Take the case of Arabic, an avatar of untranslatability in U.S. comparative literary studies of late, thanks in part to Apter’s interest in the work of Moroccan theorist Abdelfattah Kilito in Lan Tatakallam Lughatī (2002; Thou Shalt Not Speak My Language, 2008). Apter ties untranslatability to the theological—to the insistence that a sacred text not be, even cannot be, translated—and takes seriously its sacral dimension. She hints that sacrality clings with particular force to (Qur’anic) Arabic. Yet the “untranslatability” of Arabic unfurls, for Kilito, along a Möbius strip that ever twists it toward translatability. Disarticulating medieval Arab refusals to translate Greek poetry from Islamocentric hubris, Kilito cites the ninth-century polymath al-Jahiz, who deemed Greek poetry untranslatable for the very reason that Arabic poetry is untranslatable: the particularism of poetic language. Indeed, the untranslatability of Greek, Kilito slyly suggests, translated into the untranslatability of Arabic; giving “bad” Arabic “equivalents” for Greek tragedy and comedy, Matta ibn Yunus’s tenth-century Arabic translation of Aristotle’s Poetics allowed the Arabs to indulge the singularity of Arabic, to “go on believing their poetry is the poetry and their language the language” (98). Contorting the tautology of translatability/untranslatability, which Lydia Liu critiques in The Clash of Empires (2004) and elsewhere, Kilito exposes the work of translation at the heart of Arabic’s “untranslatability.” He upends the association of untranslatability with theology and of translatability with worldliness. Worldly interdictions too can pronounce taboos on translation. And such taboos make both (pagan) Greek and (Qur’anic) Arabic sacred in their earthly particularism, inimitable in their contingency. “Untranslatable” language is at once relative and absolute, human and divine.

After untranslatability, what? I turn to an essay by Chinese intellectual Lu Xun, “‘Hard Translation’ and the ‘Class Character of Literature’” (1930). Dismissing the argument that Chinese is “unlike other languages” (recall Arabic) and thus unreceptive to foreign ideas (80), Lu Xun fights untranslatability with hard translation, confronting the materiality of the foreign language and its resistance to his own. “I stole fire from abroad,” he declares of his forays into modern Western thought, “to cook my own flesh” (92). Hard translation—the strike of matter on matter—ignites the fire that at once immolates and recreates the native tongue. The foreign language fuels; the native changes form. Comparative literature in the next decade might abandon untranslatability for “hard translation” and its nonreciprocal combustions. 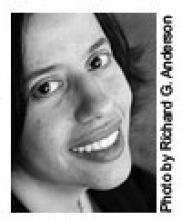 Shaden M. Tageldin is associate professor of cultural studies and comparative literature at the University of Minnesota.  Her research and teaching focus on constructions of nineteenth- and twentieth-century comparative literature in Arabic, English, and French; critical translation theory; and empire and postcolonial studies.  Tageldin’s first book, Disarming Words: Empire and the Seductions of Translation in Egypt (University of California Press, 2011), was awarded the Honorable Mention for the 2013 Harry Levin Prize of the American Comparative Literature Association.  Her most recent essays appear in Comparative Literature Studies, Journal of Arabic Literature, Journal of Historical Sociology, and PMLA, as well as in Approaches to Teaching the Works of Naguib Mahfouz, the Cambridge Companion to the African Novel, and the Edinburgh Companion to the Arab Novel in English.  She is at work on a second book, provisionally titled Empire, Empiricism, and the Vernacular Turn: Toward a Transcontinental Theory of Modern Comparative Literature.