My B.A. and Ph.D. degrees as well as my first academic job were in Departments and Programs of Comparative Literature. I also received French Maîtrise and Diplôme d’études approfondies (D.E.A.) degrees in Comp Lit, so I claim a certain international experience of the discipline. After all of this training, however, I find myself in my second year serving as Graduate Coordinator for the Department of Romance Languages at the University of Georgia

My B.A. and Ph.D. degrees as well as my first academic job were in Departments and Programs of Comparative Literature. I also received French Maîtrise and Diplôme d’études approfondies (D.E.A.) degrees in Comp Lit, so I claim a certain international experience of the discipline. After all of this training, however, I find myself in my second year serving as Graduate Coordinator for the Department of Romance Languages at the University of Georgia. In the nine years since I came to UGA, I have thought a lot about the parallels and distinctions between multiple-language departments (our faculty work in and teach Spanish, French, Italian, and Portuguese) and departments of Comparative Literature. In the accompanying PowerPoint presentation, I pose several questions about these relationships and attempt to provide a few answers. Asked by Eric Hayot to “reinvent a graduate program from scratch,” I offer a potential new institutional organization for departments of literary, cultural, and media study across languages, along with a very basic sketch of accompanying graduate degree programs at the M.A. and Ph.D. level.

Departments of Comparative Literature have rethought their graduate programs many times over the years and have, for both intellectual and practical reasons, for the most part moved from requiring coursework and dissertation research in two national languages other than English to a set of requirements based on fields. If a field can be a national language, a theoretical orientation, or a medium, it then becomes possible for a graduate student to write a Comp Lit dissertation that would be no different from a dissertation written for a French or a Romance Languages Department. At the same time, graduate students in multiple-language departments have the option of working in more than one national language, and of course in different media and with different theoretical orientations. At least in my department, however, such students constitute a distinct minority. So what would happen if we brought all of these hypothetical graduate students together, not merely by moving those in Comp Lit into language departments, but by appropriating the comparatist approach to literary, culture, and media in which they have been trained?

And in fact more and more colleges and universities are condensing single and multiple-language departments into Departments of World Languages (and Literatures/Cultures) or Modern Languages (and Literatures/Cultures). This has occurred most often at small liberal arts colleges and colleges and universities that specialize in the sciences, neither of which tend to have graduate programs, but also at large universities, including but not limited to financially strapped state flagships. This trend toward consolidation is motivated by an administrative desire to cut costs and is therefore often resisted by faculty, who fear that it also constitutes a first step toward the elimination of upper-level and graduate-level literature, media, and culture courses.

I would like to invite you to imagine along with me what might happen if faculty not only welcomed such a grouping together of multiple language departments plus Comparative Literature into a single School of Comparative Language, Literary, and Media Studies. How might we take advantage of new and varied opportunities for collaboration among faculty and graduate students as we train our students to occupy both academic and non-academic positions after graduation? 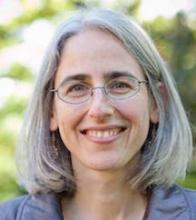 Rachel Gabara is Associate Professor of French and Graduate Coordinator in the Department of Romance Languages at the University of Georgia. She is the author of From Split to Screened Selves: French and Francophone Autobiography in the Third Person (Stanford U. Press) as well as articles on African film in the edited volumes Global Art Cinema: New Theories And Histories (Oxford U. Press) and Italian Neorealism and Global Cinema (Wayne State U. Press). Her thoughts on the perhaps tenuous relationship between African film and Comparative Literature appeared recently in Inquire: Journal of Comparative Literature, and she is currently at work on a manuscript entitled “Reclaiming Realism: From Documentary Film in Africa to African Documentary Film.”