My presentation introduces two initiatives: diploma programs in Comparative and World Literature (implemented in 2014/15); and a re-thinking of course work that substitutes topic-oriented seminars with a much smaller number of skills-oriented mandatory courses while providing supervisors with the opportunity to regularly meet with their graduate students in a group-like setting (“privatissima”; not yet implemented).

My presentation introduces two initiatives: diploma programs in Comparative and World Literature (implemented in 2014/15); and a re-thinking of course work that substitutes topic-oriented seminars with a much smaller number of skills-oriented mandatory courses while providing supervisors with the opportunity to regularly meet with their graduate students in a group-like setting (“privatissima”; not yet implemented).

1. Two new graduate diplomas were launched this year at York University in Toronto: one in Comparative Literature and one in World Literature. The former is housed in the Humanities Graduate Program I have directed for the past four years, while the latter is housed in the Graduate Program in English. Diplomas are taken in addition to the regular PhD (or MA) degree and awarded in conjunction with the PhD (MA).

The diploma approach allowed us to institutionalize the graduate study of Comparative Literature and World Literature at a time when it is only possible at our institution to establish new graduate programs in the STEM disciplines. The attraction of the diplomas is that they complement what has often been perceived as the dilemma of disciplinary specialization: while PhD’s in English have (at least in the Canadian context) been perceived as rigorously trained in their discipline, their career options have been limited to English departments in areas of their specialization. PhD’s in Humanities, on the other hand, have been successful in obtaining positions in a wide range of liberal arts and college contexts, but have been perceived as lacking in disciplinary rigour. The diploma in World Literature is intended to add a breadth component to a graduate degree in English, while the diploma in Comparative Literature gives students a “disciplinary” credential in the field that many of them were drawn to, and have chosen as their relevant set of interlocutors in conferences, publication venues etc.

2. The privatissimum system is an attempt to re-think traditional course work, which is often riddled by narrow topics chosen by faculty, with little connection to students’ areas of specialization. After doing a very limited set of skills-oriented core courses, students are expected to regularly attend privatissima with their supervisor throughout their studies, present the progress of their work, and get input from fellow students who work under the same supervisor and presumably on related topics. 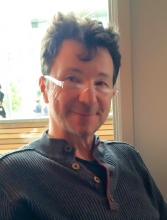 Markus Reisenleitner is the Director of the Graduate Program in Humanities at York University and the co-ordinator of the Department of Humanities’ European Studies program. His current research focuses on digital humanities, urban imaginaries, and the role of location in fashion and style. He is the current President of the Canadian Comparative Literature Association. His most recent publications include Wiener Chic: A Locational History of Vienna Fashion (with Susan Ingram; Bristol: Intellect, 2013) and Historical Textures of Translation: Traditions, Traumas, Transgressions (co-edited with Susan Ingram; Vienna: Mille Tre, 2012.)