As a term “philology” in comparative literature has been, over the last decade, attacked, extolled, distorted, appropriated, diluted, and wielded as a club. Assumed to be antique, it never goes away, in part because it is at the heart of Marxist literary theory and anticolonial thought.

Everybody seems already to know: the bad past, naively believing in truth, hung up on interpretation, having the bad taste to think that meticulous reading produces specific meaning, that authors matter.  The pseudo-scholarly machinery of a spent method, the sifting of editions, the misguided search for sources, the vast linguistic architecture, the craze for minutiae, addiction to dead languages, documentary mastery over the soul of the Orient, talk of the vernacular hiding its real love (written documents), the literary nationalism of the “people,” the pretensions to science.

But what is wrong with this picture? What did comparative literature do over the last four decades but flee philology?  And if so, then why is the prevailing theory of comparative literature precisely that of “linguistic architecture” – a langue based on dead languages (textual fixity and governing laws)? Why is it all about written language over a supposed bias towards the oral? About an obsequious devotion to science found in structuralism, chaos theory, rhizomatics, histories without subjects, fractals and (more lately) distant reading and the digital humanities?

Philology, it turns out – in its modern 18th-century origins, its 19th-century putrescence, and its current resurgence – is everything comparative literature has always struggled over, failed to recognize in itself, or busily (and impossibly) tried to abandon. In Herder (not Goethe) philology gives us world literature and incipient postcolonial theory; in Vico, radical sociology, anthropological linguistics, and the first historical materialism; in Leo Wiener, the case for an African new World; in Gramsci, a scathing critique of calligraphic textual ontology and modernist elitism; in Volosinov, a paean to the orality of peripheral cultures; in Said, a humanistic riposte to the scientizing of the humanities where authorship matters (as authority) and sources are vital as consciously chosen influences and lineages.

Paul de Man (“The Return to Philology,” 1986), trying to head off Said’s revival, persuades theory to dispense with it. In the early 2000s, philology is taken up again in high-profile journal articles and experimental “avant” books as though its historical backwash were lapping against postmodern shores. There classicists, Sanskritists, and polyglots complain, territorially, that philology has been diluted by amateurs, and too freely applied to the likes of Auerbach, Spitzer and other erudites who know nothing of textual recension or comparative linguistics. Then come the neo-philologists who want to get rid of philology, hating hermeneutics and critical thought, seeing reading (in a narrow “materialism” derived from the sciences) as ontological “experience.”

But the earlier tradition (Vichian, Herderian) won’t die. Like Georges Sorel against turn-of-the-century positivism, it reasserts itself, not as an anatomy of texts, but as what Vico calls “the doctrine of all the institutions that depend on human choice . . . all histories of the languages, customs, and deeds of peoples in war and peace.” Philology mounts a protest against the divisions of academic labor.  Auerbach’s definition: “the whole story in the strict sense . . . the only science that includes a general social theory.” It forces Europe to learn modesty by studying immanently (not normatively) others’ civilizations. Gramsci calls it “scrupulous accuracy and scientific honesty” in dealing with an author’s writing, searching for “the rhythm of the thought” rather than “isolated quotations.”  Philology in the end is what theory cannot live up to: not symptomatic reading, not “reading against the grain,” not reader-response or any other alibi for making things up or appropriating authors for political purposes to make them mean the opposite of what they say -- “creatively.” Not denying ambiguity or ambivalence, neither are they philology’s desire.  The labor of learning instead of the rhetorical lure of the latest market pose. 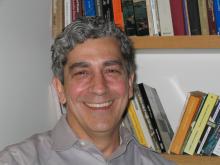 Timothy Brennan is the Samuel Russell Chair of the Humanities at the University of Minnesota, and a professor in the departments of Cultural Studies & Comparative Literature, and English.  His essays on literature, cultural politics, music, and American intellectuals have appeared in a variety of publications including The Nation, New Left Review, Transition, The Christian Science Monitor, The Times Literary Supplement, and the London Review of Books.  Among his recent books are Secular Devotion: Afro-Latin Music and Imperial Jazz (Verso, 2008), Empire in Other Colors (Revolver, 2007), Wars of Position: The Cultural Politics of Left and Right (Columbia, 2006), and, mostly recently, Borrowed Light: Vico, Hegel and the Colonies (Stanford, 2014).  Volume II of that work, Borrowed Light: The Interwar Moment and Imperial Form, is forthcoming (Stanford UP, 2015).