Conceptions of “orality,” a big idea of the 1980s, held that the introduction of writing enforced global, fundamental cognitive changes to human society. That model has exhausted itself. What’s next?

Perhaps I am breaking the rules of this forum, or perhaps I may be judged, more leniently, to be temporally twisting them just short of the point of fracture. But, rather than discuss one of the big ideas of the last ten years, I would like to discuss what I hope will be one of the big ideas of the next ten: something we might call a "new orality."

First, a dirge for the old orality, itself a big idea of the 1980s (Walter Ong, Jack Goody), which had the effect of erecting a barrier between the spoken and the written, asserting for these separate ontologies, exclusive methodologies, different disciplines. The notion was that the introduction of writing enforced global, fundamental cognitive changes to human society. That idea has exhausted itself. As Erik Mueggler notes, “the category of writing tends to dissolve internally when specific graphic practices are examined in their social context,” and, as a result, the scholarly conversation has “moved away from looking for cognitive implications for literacy in general to understanding how particular practices of writing and reading are implicated in social relations, especially relations of power” (20). While the notion of orality as a separate world from literacy has run its course, the structural legacies of that discourse remain in effect, such that orality typically finds its current institutional home in the social sciences as traditions threatened by globalization (World Oral Literature Project), in history and communications as the underside of book history (SHARP), or in performance studies as an embodied practice enabling memory and identity production (HEMI).

But what I want to see is an investment in orality as a literary territory. By which I mean that people working in Departments of Literature formally and concertedly grapple with those aspects and instances of the textual which are not (or not only, not primarily) based upon writing (in the restricted sense of orthographical marks on paper). Let’s free ourselves of the etymological constraint that sticks at the idea that “literature” is rooted in the “letter,” and embrace a fuller sense of textuality based on the idea that "writing" (if we still want to call it that) is any act “that encodes information in order to stimulate the memory to store or retrieve information” (Carruthers 8). Let’s decouple “literature” broadly conceived from "literacy," which presumes modes of production based in writing (narrowly conceived) and modes of consumption based in reading.

A new orality would share some borders with now-current notions of "everyday literature" that are concerned largely with digital production (Tweets, youtube threads, and so on) and would interrogate genres often judged liminal or orthogonal to literature proper, song lyrics, for instance, or slam poetry (Nuyorican Poets Café), court testimony, witnessing, group recitation of religious texts (Rasmussen), extemporized taunts and traded insults, political speechmaking. But rather than theorize the grain of voice in the lapsarian terms of "secondary orality" and digital mediation, a new orality would seize upon a deep historicism for the musical lyrics of song and of slam, acknowledging the forgotten musicalities of core literary forms like the epic, the classical lyric, the waka, the fu, the saj‘, the praise song. Applying insights from postcolonial critique, scholarship of new orality would investigate the potentials of cyberature as a bridge between literature and orature (Ngũgĩ wa Thiong’o).

Theories of new orality would investigate the interstices of literature and sound (Peter Kivy), not only in the obvious places (opera, griots), but also in the hidden ways in which musicality permeates the literary: a vigorous return to, and rigorous theorization of, classical notions of text as woven from sound and gesture as much as from the visual "marks" of writing narrowly conceived (see, example, Fabio Rambelli’s discussion of the philosophy of the 8th century monk Kūkai). Bringing phonotextual elements to the fore (Stewart) provides one method of exploring the melismatic complexity of recitation, whether the contemporary poetry of Mahmoud Darwish or the prosody of the Qur’an. Attending closely to musical terms also promises to shed new light on translation studies, opening a window, for instance, onto techniques for moving Buddhist text between Asian languages (Markham).

Finally, a new orality of the next decade would build on the energies of material textual studies, which have come to take a deep interest in the grain of the paper, the set of the type, the feel of the page. But it would recognize another material matrix, the human form, investigating the ways in which oral literature is written in and by the body. In attending to both the bodies and the pages of literature, a new orality will ask us to articulate a pedagogical challenge to colonial legacies, in which institutional attempts to conquer illiteracy are themselves often attacks on orality and on modes of oral fluency.

Carruthers, Mary. The Book of Memory: A Study of Memory in Medieval Culture. Cambridge: Cambridge UP, 1990. Print.

Goody, Jack. The Logic of Writing and the Organization of Society. New York: Cambridge UP, 1986. Print.

Kivy, Peter. The Performance of Reading: An Essay in the Philosophy of Literature. Oxford: Wiley-Blackwell, 2009. Print.

Ong, Walter. Orality and Literacy: The Technologizing of the Word. London: Metheun and Company, 1982. Print.

SHARP: The Society for the History of Authorship, Reading and Publishing. Web. Accessed 21 May 2014. <http://www.sharpweb.org/>. 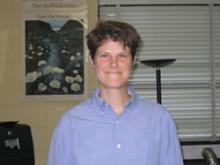 Charlotte Eubanks is Associate Professor of Comparative Literature, Japanese, and Asian Studies at Penn State. She studies the material culture of books and word/image relations, with a focus on Japanese literature from the medieval period to the present. Her first book, entitled Miracles of Book and Body: Buddhist Textual Culture and Medieval Japan (U of California P, 2011), examines the relationship between human body and sacred text in the Buddhist literary tradition, focusing on reading as a performance-based act which bridges the text-flesh barrier. Her second book project moves to the modern period to examine links between visual art, human rights discourse and testimonial literature. Her articles have appeared in journals such as Book History, The Harvard Journal of Asiatic Studies, The International Journal of the Sociology of Language, The Japanese Journal of Religious Studies, PMLA, and Word & Image. She is Associate Editor at Verge: Studies in Global Asias.