What is Comparative Literature’s stake in the supposed “resurgence” of African writing, most work on which is being done in monolingual departments? The following remarks sketch out some practical and intellectual challenges that greater emphasis on African language study might pose to the discipline. To take African literatures seriously, world literature in English must become a comparative domain.

I am employed as a specialist in world Anglophone literature, and my research focuses primarily on sub-Saharan Africa. It shouldn’t be that surprising, then, that I would want to study two southern African languages spoken by 10 million people each. And yet Africanists pursuing this dimension of their training often find themselves forced to seek out language opportunities “on the side”: 1970s textbooks, amateur YouTube videos, and long-retired Foreign Service training recordings are just some of the materials through which I’ve cobbled a pedagogy together over the past year. Comparatists, on the whole, come of age with a sense that pastures are greener in English departments down the hall. With that feeling lurking behind our attempts to find market appeal, it’s clear why learning a language that no one funds, no one knows, and that no one associates with field-changing questions might feel a little quixotic.

In the past few years, though, there is cause to think that this may be changing, with universities wising up to the problematic trade-offs between globalist scholarship in its English department versions, and work by comparatists in the literatures of the Global South. There has been a flurry of conversation in generalist venues like The Chronicle of Higher Education about the “rise” of African writing (a debate that often seems, in its stock tones of accusation and naivete, like a distraction from more interesting questions).[1] English Departments at elite universities, including, recently, Yale, have hired faculty with regional credibility instead of the pick-a-country, pick-a-book, cross-a-border projects that still dominate the field as a whole. Perhaps most influential of all, Simon Gikandi, whose early work put Ngugi wa Thiongo’s Englishness in conversation with his Gikuyu roots, is now at the helm of PMLA.[2]

Still, it is one thing to say that studying African languages is a good thing, and another to imagine how this might play out at both the institutional and intellectual level. There is no easy transposition between the Euro-centric comp lit of old (French, German, Russian if you’re lucky), and the “Africa Rising” narrative of today. There are just too many African languages, spread across too much territory, to make Europe a viable model. Nor is there a clear analogy with fields like Arabic or East Asian studies, in which single languages (admittedly across wide-ranging dialects) cover large geographical swathes. To study southern Africa alone, as a comparatist, will cost you years of toil for relatively little pay-off in terms of territorial gain: after a PhD and three years of employment, I work in just two regional languages in addition to English. (I am both embarrassed by and smug about this, which should say a lot.) If you want to write the big, prize-wining book on the continent, writ large – a book that gets read by people without any regional investment – you’re likely to be stuck with the mercifully more manageable model of the Anglophone world.

Recalling Christopher Bush’s piece for this report on “Areas: Bigger than the Nation, Smaller than the World,” the opening-up of the African literary field (as far as American scholars are concerned, at least) means thinking smaller, rather than bigger.[3] Claiming far-reaching knowledge of African writing, when you think like a comparatist, is inevitably doomed. You will always be faced with another tradition you cannot access, balancing depth and breadth in a balance beam routine that leaves you heaving with envy of your colleagues whose work on transnational modernism extends to Henry James. This is also why it is doubtful whether the future of African language study, which could and should transform world Anglophone literature, can rely on a resurgence of support from large-scale initiatives like the now-defunct Summer Cooperative African Language Institute (SCALI). Nor is a revitalized African Studies, with its downside of methodological and intellectual ghettoization, the best answer going forward. As the contributors to Africa and the Disciplines noted in 1993, Africa has never been on its own.

There are just too many African languages and traditions – too many tongues that crucially influence books that travel, but do not travel themselves – to make suggestions like hiring more Africanists or funding more language courses feasible for the humanities in most places or on a broad scale. (If an economic interest in Nigeria leads to increased enrollment in Yoruba courses, this is the exception rather than the rule.) The challenge is to think about African language study in more oblique but essential relation to our intellectual work, rather than only as a subject of inquiry in its own right. A quick example of this, on account of its easy recognition, is the relationship between J.M. Coetzee and Afrikaans. Does one need to know Afrikaans to read Coetzee? Obviously not. Does having a sense of what Afrikaans is, what it means to South African intellectual culture, help one understand him more profoundly? I would argue yes. In fact, I’d even say it’s indispensible, in the way that being a specialist on Nabokov’s books in English seems to demand that one dip at least a big toe into his Russian background. Learning regional African languages does not need to mean doing work that is about African languages, anymore than scholars that work on Goethe are writing about German.

The best solution, I think, is to re-imagine world Anglophone literature, at least in its African variants, along the lines of the immersion paradigm that no comparatist can avoid. This tradition – the time spent “in the field,” taking language pledges, and living with host families that is intimately a part of undergraduate French, German, Spanish, or Russian majors – admittedly has its own perils. (There is the risk, I’m told, of failing to maintain a clear sense of one’s empowered positionality vis-à-vis the host culture, but that hardly seems more harmful than not knowing what the host culture is.) If scholars with an interest in African literature see language study as a necessary box to check in even beginning to form an intellectual project, then intra-African comparison becomes essential to studying the African writers who do write in English. Rather than choose from a bifurcated supply of Africanist scholars studying vernacular print cultures, on the one hand, and “global” scholars with book chapters on Chimamanda Adichie, on the other, we might envision someone at least able to grapple with how Igbo and Yoruba traditions inflect Nigerian English writing. This is not a new idea in itself: scholars like Gikandi, as well as younger colleagues like Wendy Belcher or Olakunle George, have been doing this for some time.[4] There are still steep challenges, however, for getting “regional” work published in generalist journals or by academic presses without regional lists.

Going forward, we would be better served to imagine and even encourage smaller, more idiosyncratic pockets of scholars with African language training across the larger discipline. I used to joke with a graduate school colleague that were I ever to get rich (which seems unlikely, at this point), I would endow a “Language Maintenance Grant” at my home institution for which comparatists would be eligible with no questions asked. The usual funding rationales – archival work, human-subject research, and, on occasion, a formal language course – overvalue Africanist scholarship with immediate payoffs, and undervalue the deeper commitment to “getting” a place that I remember from my better-funded years learning Russian. Until we have an institutionalized expectation that language immersion is part of an organic coming-to-terms with a literary tradition, rather than only a tool to ferret out archival minutiae, the unspoken schism between “conceptual work” and “regional work” will remain. A designated immersion grant of even $1000 would help young scholars immensely in getting to a place that requires a $1500 flight. It would also acknowledge, implicitly, that practical matters like distance, transportation, and a dearth of organized language programs that are pre-approved for funding by U.S. institutions are often the biggest hindrances to opening up new linguistic vistas.

Because the fact is, African languages are not often accessible through organized, group courses at well-known universities. A range of inexpensive and individualized programs that encourage students and young scholars to self-design their learning is far more in tune with Africanists’ needs than is plugging for scarce tenure-track lines in dozens of languages, with just a few students each. Rather than fight a losing battle for faculty lines in individual languages aside from the most-spoken ones (typically resulting in adjunct hires, a problem in its own right), we should cultivate umbrella organizations, with one or two permanent positions, that are oriented specifically to helping get people abroad and keyed into the resources available there. Yale has a program called Directed Independent Language Study that works to this end, in which graduate students, pending a convincing application, are provided with paid native-speaking tutors (often local residents), access to language lab resources, guidance in choosing a textbook and media materials, and examination by a qualified expert at the end of each semester. At Johns Hopkins this term, we’ve discussed partnering with the historically black public university up the road to build language options into African humanities courses across the curriculum, offering, perhaps, an extra credit to students who are capable or so inclined.

The onus is on us, and on English departments, especially, to both demand and support a higher and, yet, less operational standard of Africanist credibility. This means hiring and peer review practices that are attentive to what you can and cannot get away with as a comparatist, versus as a global Anglophone scholar, in terms of the sheer amount of territory covered. It means questioning the degree of hypocrisy in terms of what’s assumed within European critical traditions, versus what’s even allowed for in “global” ones. And it means, finally, thinking in focused and sustainable ways about how to embed African languages in our critical practices, rather than see them as exotic and logistically unfeasible ends in themselves. Then, and only then, will Africa “rise” in American scholarship to the level at which it’s always already been.

Bush, Christopher. “Areas: Bigger than the Nation, Smaller than the World.” ACLA State of the Discipline, “Ideas of the Decade” section. 23 April, 2013. Web.

[1] As a recent example, see the exchange about “The Literary Scramble for Africa” between Wai Chee Dimock and Aaron Bady, with Dimock’s piece here: http://chronicle.com/blogs/conversation/2015/02/17/a-literary-scramble-for-africa/, and Bady’s here: http://chronicle.com/blogs/conversation/2015/03/04/academes-willful-ignorance-of-african-literature/ 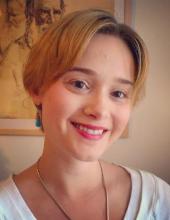 Jeanne-Marie Jackson is an Assistant Professor of world Anglophone literature at Johns Hopkins, and received her PhD in Comparative Literature from Yale in 2012. Her first book, South African Literature's Russian Soul: Narrative Forms of Global Isolation will be published at the end of 2015. She is now at work on a second project called Landlocked: Africa, the Novel, and the Global Frontier, a contemporary theory of the form in southern Africa.